The California ballot measure could be the most radical undoing of labor legislation since Taft-Hartley.
Wilfred Chan
Photo by shopblocks is licensed under CC-BY-2.0
Facebook Twitter Envelope

Republished from The Nation

Uber, Lyft, DoorDash, Postmates, and Instacart convinced nearly 60 percent of Californian voters to support Proposition 22, which excludes “gig workers” from basic labor protections. The companies overwhelmed the opposition and muddled the truth with a record-breaking $200 million campaign, pelting voters with misleading ads that framed the proposal as a social justice cause. It marks a dangerous new phase in big tech’s onslaught against workers, and a pivotal test of whether labor can push back.

Prop 22 reverses the momentum activists had in 2019, when they passed California’s AB5, which recognized gig workers as full employees, entitling them to labor rights like unemployment insurance, paid sick leave, overtime, and a path to unionizing. Prop 22 exempts the gig companies from AB5, and instead creates a “third category” of independent contractors with a few perks. Drivers will now receive limited health benefits, but only for those who log enough hours, and an hourly pay “guarantee” that a UC Berkeley Labor Center study found to be worth $5.64. The law requires the near-impossible support of seven-eighths of California’s legislature to make any changes, including any measure that would let workers collectively bargain. Veena Dubal, a labor law professor at UC Hastings, told me that Prop 22’s passage represents “the most radical undoing of labor legislation since Taft-Hartley in 1947,” the law that debilitated the power granted to unions by the New Deal. “It will create a growing precariat of people who work very hard and are not able to survive off of their earnings. And it will have an impact on American politics for decades, if not the next century.”

The gig companies hope Prop 22 will force governments and labor to heel. On Thursday after the election, as the value of his company’s stock ballooned by billions, an upbeat Uber CEO Dara Khosrowshahi promised investors, “Going forward, you will see us more loudly advocate for new laws like Prop 22.… it’s a priority for us to work with governments across the US and the world to make this a reality.” Lyft president John Zimmer told reporters that it was “time for peace” between the corporations and labor. “Prop 22 settled the question of driver independence, but we know there is more work to be done.”

The matter of employee classification has existed for as long as the gig companies have been in business—and points to a conflict over who bears the hidden costs of work. Far from the happy-go-lucky freelancers portrayed in Uber and Lyft’s ads, “gig workers” are predominantly older people of color and immigrants without degrees, savings, proper insurance, or other sources of income, and they typically drive more than 30 hours a week to support families. As “independent contractors,” they are not paid for waiting time, which drastically lowers their real hourly rate. They shoulder all the overhead of driving, pay significantly more taxes, and risk plunging into debt over car payments and repairs. If they are suddenly “deactivated” from the app, they have no recourse or eligibility for unemployment insurance. For a California rideshare driver who died from Covid-19 last month, his “independent” classification means his family will receive no worker’s compensation.

Employee classification is about power. Federal labor law stipulates that only employees may form unions and, under Donald Trump, both the National Labor Relations Board (NLRB), which enforces labor law, and the Department of Labor have declared gig workers to be independent contractors. Without federal recognition, gig workers have been forced to self-organize into grassroots formations. The most prominent, Rideshare Drivers United, has grown from around 100 drivers in Los Angeles to 19,000 members across the country. It recruits using a custom app and by passing flyers through rolled-down windows at traffic lights. Its members have protested Uber and Lyft by blocking traffic, honking horns, picketing in front of the companies’ headquarters, and storming into government buildings. But without formal status, they have only limited capacity to strike and no official power to negotiate. And lacking workers classified as employees, their ranks are thinned out by rideshare’s high turnover rates. “People organize around their identities,” said Dubal, who often volunteers with the group. “And if you don’t identify as a rideshare driver, then it’s hard to invest time and energy into trying to build power. This, in and of itself, is part of union-busting culture, to try and force casualization.”

In the months leading up to the November election, Rideshare Drivers United led an all-out outreach effort, with the support of local unions, to counter the tech companies’ VC-backed propaganda war. Nicole Moore, a driver and organizer with the group, told me volunteers attempted to make a million calls and texts to prospective voters and found many of them, including drivers themselves, were confused. “Once we said, ‘Hey, we’re drivers, and this is actually going to hurt us,’ they were like, ‘Ohh, OK, so I’m supposed to vote no,’” she said.

In the end, it wasn’t enough to overcome the gig companies’ domination of advertising across every medium, from push notifications through their apps, to delivery bags stamped with “Yes on 22.” An early voting survey found 40 percent of Californians who chose “yes” thought they were doing so to help workers. “Access to those people is what the difference is,” said Moore. “[The gig companies] had complete saturation. It was completely unfair.”

Over the last week, the gig companies have used the leverage of their victory to circumvent insurgent workers’ groups like Rideshare Drivers United and propose deals with the larger unions. For years, rideshare executives have suggested the unions could drop their opposition in return for a role in creating “workers’ associations” that could “represent drivers’ interests” without granting them employee status or the power to strike. The main example is New York’s “Independent Drivers Guild,” which was formed in 2016 in a deal between Uber and the Machinists Union. That organization, which receives funding from Uber and now boasts over 200,000 members across the Tri-State area, stayed silent throughout the campaign for Prop 22—suggesting these associations would augment the bosses’ power, not challenge it.

In California, the Service Employees International Union drew outrage last year after it considered working with Uber on Prop 22, before deciding to oppose it. Now the unions are wavering again. In response to the gig companies’ post-election overtures, Rome Aloise, international vice president of the Teamsters—which represents UPS workers, and opposed Prop 22—signaled a willingness to play ball, reasoning that “the goal of any union is to grow.”

But Aloise could soon find the platform capitalists’ model coming for his members too. Bhairavi Desai, executive director of the New York Taxi Workers’ Alliance (NYTWA), a 21,000-member union of drivers that staunchly opposed Prop 22, said any union compromising with the gig companies would set a “horrible precedent that can affect other workforces. If business-minded unions make sweetheart deals, all they’ll do is cement this model, which really seeks to punish workers.”

Desai’s union has maintained a militant stance against the gig companies, and has thus far fought them to a draw. In 2018, the NYTWA helped enact a first-of-its-kind minimum wage law for rideshare workers, though the gig companies responded by “locking out” workers unless they put in punishing hours. In July a federal judge sided with the NYTWA in a suit arguing that Uber and Lyft drivers were employees for the purposes of New York state unemployment benefits—though they remain classified as independent contractors for all other purposes. Desai credits support from New York’s progressive lawmakers, including a newly elected crop of leftist state legislators. “If Uber and company try to rush through a pro-gig company bill in this session, it’s going to be very difficult for them to do so,” she said.

But Uber and Lyft have the upper hand everywhere else in the country, thanks to years of aggressive lobbying in nearly every state. Lorena Gonzalez, the labor organizer turned California Assembly member who wrote AB5, says workers’ struggle against the platform capitalists needs federal support. “Even with pro-worker states, I’m not sure that we can do this patchwork, and we ultimately need a discussion about the future of workers at the national level,” she told me.

Activists hope the new Biden administration will fire Trump’s National Labor Relations Board general counsel, whose term lasts through next November; that could open the door to app workers’ forming federally recognized unions. A far more difficult task would be to repeal Citizens United. “We can never compete with corporate money,” Gonzalez said. “At the end of the day, including the bonuses they’ll pay their engineers, Uber probably spent $250 million. They didn’t spend all that money to tell people, ‘We’re going to screw workers’; they tried to confuse people. Californians voted, they thought, to give drivers a living wage.”

There will be a next round in the fight. The question is whether rideshare workers’ voices can break through. Dubal believes they can—if organized labor returns to its radical roots. “We just have to stop with our centrist crap,” she said. “It isn’t working. We can’t be afraid of the word ‘revolution.’ It needs to be about ownership, redistribution, collective power. We’re not at a place anymore where enough people are getting by, that things are OK. If people feel this anger collectively, they can build something transformative.”

Wilfred is a contributing writer for The Nation

This author does not have any more posts. 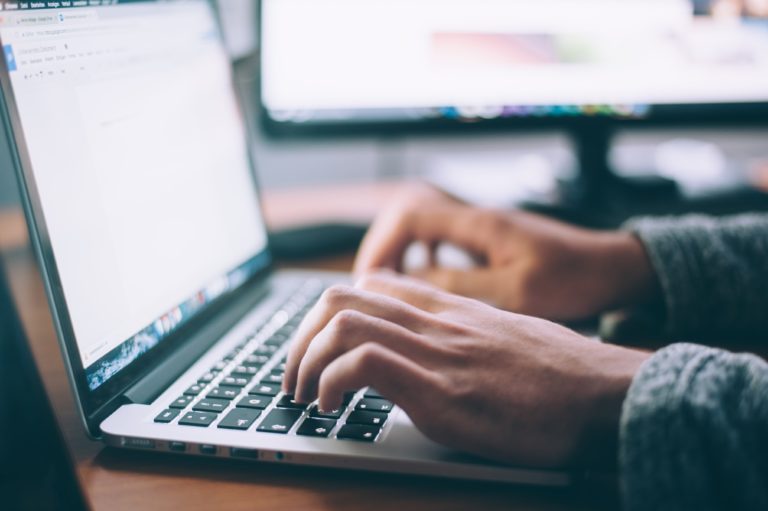 Through experimentation and open-ended dialogue, we want to create a space for us to reflect the tech worker movement’s past and invent its future. Can you help us make that happen? 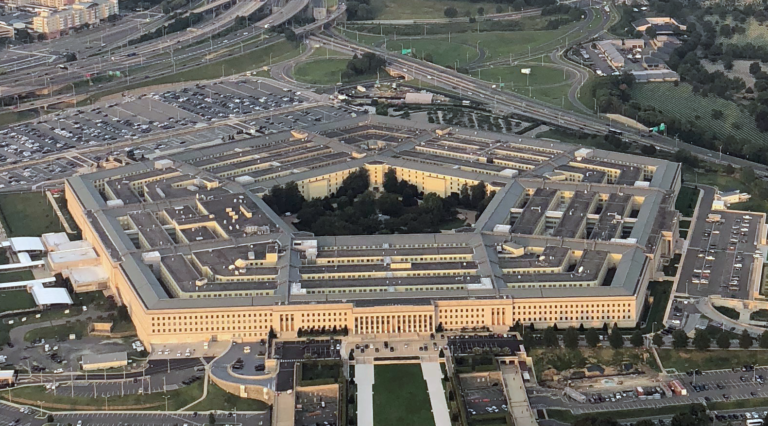 Tech Workers Versus the Pentagon

How workers at Google scored an impressive victory against US militarism. 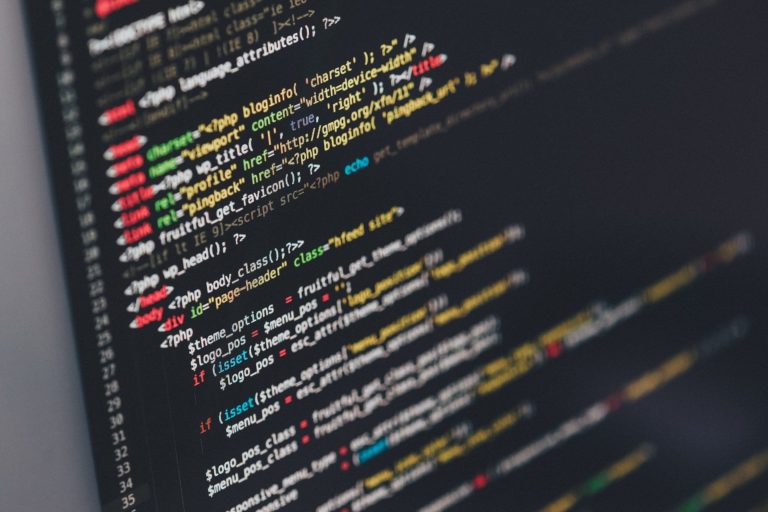 Why Collective Action is Crucial in the Age of Surveillance Capitalism

Zuboff views collective action—and not policy or technological innovation—as the only way to effectively contain the worst impulses of surveillance capitalism.